I never thought that one day I would be missing Montreal this badly and seeing the bright side about my city. A big part of Montrealers take pride about the city as I do, but unfortunately due political shifts, economic instability and countless many other problems; the city has taken its toll on Montrealers. Many only see the negative aspects about living there, however now that I've been living on American soils I truly appreciate much more Montreal.

Montreal is far from being a fully functional city but in all truthfulness, what city is perfect? Living in New York, has made me realize that all cities share a similar type of mentality. Everybody is stressed, rushing through the day and the noise is frenetic! New York is a global capital for business, fashion and many other industries; it has earned its name as the city that never sleeps because that's literally every New Yorker's reality.

New York is a great city but Montreal has a unique air that no Big Apple will ever fulfill. Here are some of the things I really miss from my home, Montreal. My top 10 reason why I will always be a Montrealer at heart.

New York is a concrete jungle, endless streets with blocks of buildings lined one after the other. For someone that has never lived in a city, it can definitely be a shocker to live in New York. I love that Montreal has trees even on the sidewalks of downtown and has many parks at a walking distance. I also love that college/university campuses have large green areas for students to unwind. My school is located in midtown aka the main downtown area of Manhattan, I live at a walking distance from time squares. There are no green areas in my campus...

Now don't get me wrong, New York is a gastronomical metropolis but Montreal has nothing to envy. More and more Manhattan is losing the uniqueness of small and local restaurants. Big Chain restaurants like Mcdonalds, Chipotle, Dunkin Donuts, Panera Bread,Starbucks are winning over family based businesses. Everybody knows that living in New York is expensive and rent is the biggest expense of all. Small businesses struggle to pay rent and so chain restaurants take advantage of this financial crisis. I find that eating healthy in the city is expensive... fruits and vegetables are excessively pricy. Eating a good baguette sandwich can go up to 15$ with a drink. It's difficult to find a place that is fresh and affordable. I use to think that Montreal was expensive but New York is definitely pricier. I miss being able to walk into a good local sandwich place that is not a "deli"...

I absolutely miss Montreal bagels!!! I though that New York had good bagels... but so far I haven't been impressed... nobody believes me that our bagels are hand rolled! Montreal bagels are amazing :) New York bagels are thicker, and do not taste like in house made. 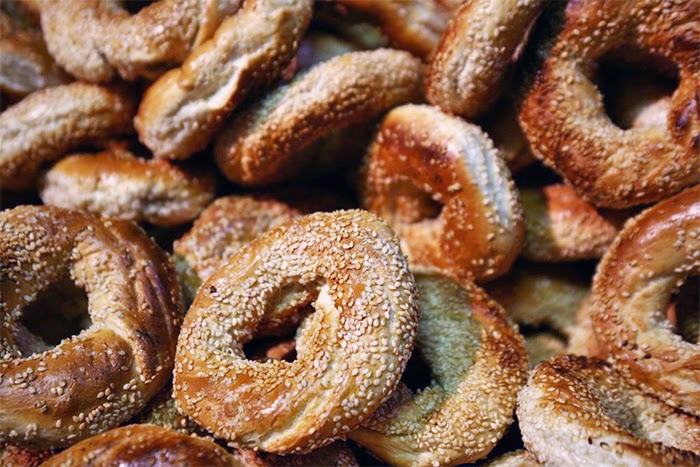 Montreal is obviously smaller than New York but our subway system is way more simple and fast! Subways here can either come every 10 to 20 minutes and usually the weekend schedule changes from the weekday. I really love Montreal subway even if the trains are older and they don't have AC in the summer... at least they are all consistent and the schedule rarely changes... 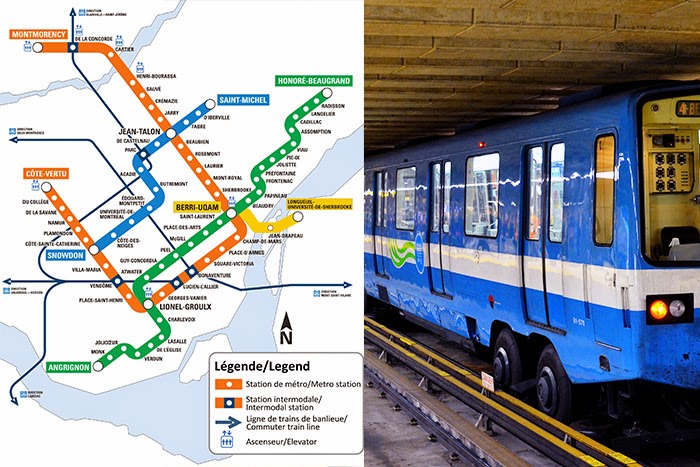 I never thought that one day I would miss ordering my food in French... The English that is spoken here is very broken and sometimes I don't understand what they are saying... I miss being able to switch from French to English whenever and wherever I go in Montreal. I really miss that "Frenglish" side of me. Living outside of Montreal has made me realize that we have a strong bilingual culture. We should be proud about speaking two languages or at least having that possibility.

A city is a city and that is the reality of any urban environment, however New York is not really friendly. I have not met a single person in retail that has been nice to me... I thought that Montrealers were cold but New Yorkers are worst. Whenever I walk I always get hit or bumped by someone... I know the flow of people is significantly higher than Montreal, but people normally move when they see you walking towards their direction... here they don't. In the subway you should NEVER make eye contact with anyone! People here can be very defensive and touchy about certain things. I also HATE how people here are frequently saying "EXCUSE ME!" instead of "I'm sorry" or "pardon me". I don't feel at ease to ask someone for directions or help... Some people have told me that maybe retail and restaurant employees are not very friendly because they have to deal with tourists all day long... anyways I just don't feel they are approachable.

I miss the Old Port so MUCH! Soho is architecturally similar to the Old Port but it doesn't have the spirit or the warmth of the cobbled streets. I really miss having desert or having a drink at the Old Port. It's such a unique area of Montreal that no other city has (except Quebec city) but Montreal is much more vibrant! 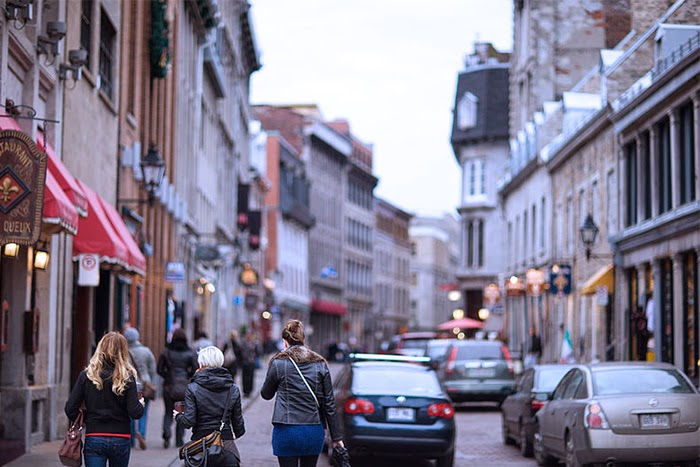 I feel like this entire article has been about food but seriously there is a major difference between NYC and MTL food... I really miss digging into a poutine! I've seen a couple of restaurants serve "poutine" but it's completely different from what it should be. Everything is different here even McDonald's! They don't serve muffins and the menu appears even less healthier with their egg and steak morning sandwich... 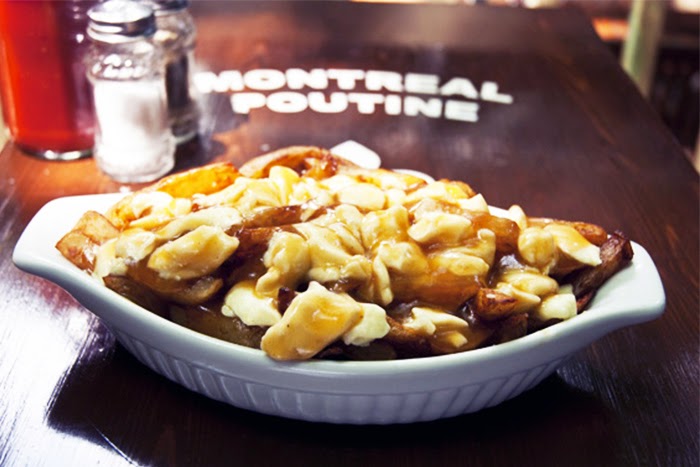 I'm currently enrolled at the Fashion Institute of Technology in New York and I'm quite happy with everything that I've learned. However, it's ridiculously expensive for what it truly is... nothing is included in the tuition fee... everything has an "extra" cost. The only reason why I'm here is because it's the only school in North America that has this program; everything I'm learning is valuable but nothing is given. We have to purchase all the supplies and leather is not cheap! I'm currently paying more than going to a Canadian university in Montreal and on top I have materials to add... I think the States should look into reducing fees... I miss my cheap tuition from college :(